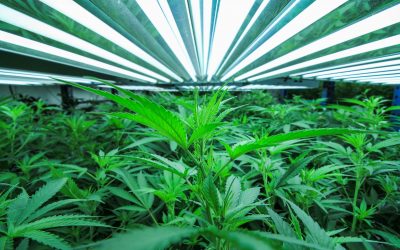 Despite the troubles of many cannabis stocks in recent times, Curaleaf Holdings Inc (OTCMKTS:CURLF) stock managed to emerge as one of the major gainers in the market this week.

The Curaleaf stock gained 8% primarily because of the launch of its popular Select Oil brand in the state of Illinois.

Curaleaf Holdings Inc (OTCMKTS:CURLF) claimed that it is the most popular brand of cannabis oil in the United States. A new launch can often lead to a rally in the stock and that is what happened with the Curaleaf stock.

That being said, it is also important to point out that there is a lot of potential in the Illinois market. The state legalized consumption and sales of recreational cannabis in January 2020. Since then, the sales of cannabis have only gone up and that bodes well for Curaleaf. The product is going to be made available at a few locations in the state.

Post this launch, Curaleaf’s Select Oil brand is going to have a presence in as many as 15 states. Some of the other states in which the product has been launched include New York and California among others.

Curaleaf has been performing impressively in recent times and the second quarter; it generated revenues of as much as $117 million. That reflects a 22% sequential rise and a year on year rise of 142%. The company revealed that the impressive growth came about due to the addition of the Select brands.

Losses had also been reduced to only $2 million from $24 million in the prior-year period. There is a possibility of the legalization of adult-use marijuana in the state of New Jersey later on this year through a ballot initiative. The state has 9 million residents and Curaleaf is the biggest distributor there. Hence, legalization in New Jersey could prove to be a massive boost for the company.

Last but certainly not least; the company has also put in place an effective acquisition strategy that is expected to fuel its growth in the years to come.