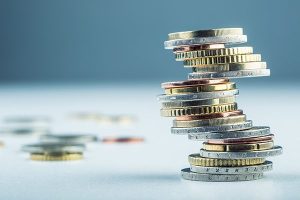 The market recovered somewhat on Thursday, but one of the stocks that caught the eye was that of Innocap Inc (OTCMKTS:INNO). INNO is rallying higher and went up by as much as 107% on the back of a major announcement.

Unique Logistics Holdings, Inc. announced that it became a publicly-traded company on the back of the successful completion of a reverse merger with Innocap Inc.

Innocap is a publicly-traded company in its own right and the transaction in question had actually been completed back on October 8. The company aims to apply for symbol and name change as well in the coming days.

Unique is involved in the freight forwarding and global logistical space and primarily serves the United States market. In addition to the completion of the reverse merger with Innocap, Unique also closed a financing deal worth $2 million.

The company revealed that financing is going to be used for further growth. It is a significant development for Unique and the reaction in the market with regards to the reverse merger announcement did not come as a complete surprise. It remains to be seen if the stock can continue to add to its gains today.

The $2 million financings were raised through security purchase agreements with its investors. Unique Logistics Holdings, Inc. sold 10% of the subordinated convertible promissory notes to accomplish this move and banked gross proceeds of $2 million.

According to the new Chief Executive Officer of Innocap, Sunandan Ray, the public listing is a major milestone for the simple reason that the company is now going to give Unique a far greater exposure to fresh capital. That in turn will help the company in funding its growth efforts.

In this regard, it should also be noted that the rally had started in Innocap when it was announced that it had filed on 8K with the view of completing a reverse merger with Unique.