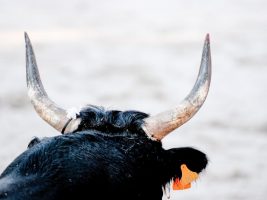 One of the stocks to have come into focus over the past two weeks is Very Good Food Company Inc (OTCMKTS:VRYYF).

During this period, VRYYF has rallied sharply and gained as much as 70%. Let’s take a closer look at some of the developments around the company to see if this run is sustainable or not.

Why Such a Big Rally?

Last week, VGFC announced that it signed up a new wholesale distributor partner for its operations in Canada. It is a significant development for the company, without a doubt.

However, in addition to that, the company also revealed that the number of points for retail distribution in the western part of Canada is also going to rise overall. The distribution agreement in question was signed with UNFI Canada, which is going to distribute products from The Very Good Butchers.

The distributors are going to first focus on the East coast of Canada. UNFI is a food distribution behemoth and expects yearly sales to be around $21 billion through products from 10000 suppliers and 40000 retail partners. VGFC is going to ship its first consignments of products in the upcoming weeks.

On top of that, VGFC also expanded the number of distribution points for The Very Good Butchers brand of products. The number of wholesale partnerships has now been expanded to as many as 275 stores. When coupled with the distribution agreement with UNFI, it marks a major milestone for the company.

VGFC also settled its debts with IQ Media Group and Axe Communications Inc by issuing as many as 47866 common debt shares with an issue price of $2.13 per share.

It’s been a relatively sound month for VGFC and back on October 14 the company announced that its shares got approval to begin trading on the OTCQB Market. OTCQB is a venture market operated by the OTC Markets Group and is meant for upcoming companies in the United States and beyond.