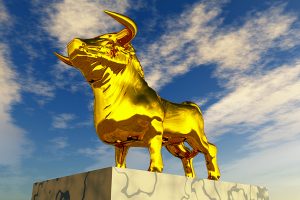 The rally in Bitcoin over the past few weeks has been quite remarkable and hence, it is not a surprise that the stock of Grayscale Bitcoin Trust (Btc) (OTCMKTS:GBTC) has also enjoyed a strong rally. Over the course of the past month, the GBTC stock has rallied hard and gained as much as 60% so far.

The world’s biggest cryptocurrency by market cap recently went past $19,000 a token and that has also proven to be a major boost for GBTC. As Bitcoin continues to rally, it could be a good idea for investors to perhaps take a closer look at the GBTC stock.

Last Tuesday, the company submitted a securities filing and it was revealed that BlockFi has a hold of as much as 5.07% of the trust. The Bitcoin trust had a valuation of $4.8 billion at the time. The Chief Executive Officer of GBTC, Zac Prince, spoke about the stake held by BlockFi.

He stated that the 24,235,578 shared held by BlockFi adds value to both the liquid and illiquid shares marketplaces. The other entity that has a similar sort of stake in GBTC is Three Arrows Capital, a crypto fund management firm. As of June, Three Arrows owned as many as 21 million GBTC shares.

It’s a well-known fact that the rise in the price of Bitcoin is directly linked to the share price of GBTC and hence, it remains to be seen if the rally in the cryptocurrency continues in the near term. Seasoned investors like Stan Druckenmiller and Paul Tudor Jones are bullish about the prospects of Bitcoin.

On the other hand, Ray Dalio is not that optimistic about Bitcoin and went on to state that the cryptocurrency might eventually be banned by governments in case it rises more in popularity. He also pointed out the difficulty to complete transactions in Bitcoin and the volatility as other factors that have put him off the cryptocurrency.