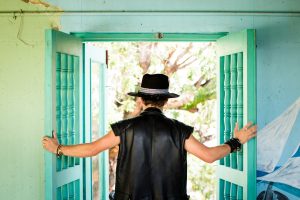 Over course of the past couple of months, psychedelics-based medicine manufacturer Mind Medicine (MindMed) Inc (OTCMKTS:MMEDF) has seen its stock made massive gains.

Since the middle of September, MMEDF stock has rallied by as much as 400% owing to certain favorable developments and perhaps it’s time for tardy investors to take a closer look at it.

Last Tuesday, the company made another major announcement. Mind Medicine announced the launch of Albert, a new digital division of its business. It is a major development for the company and the news resulted in another strong rally in the stock as well.

Albert is going to be involved in the development of an integrated platform that is going to help in the delivery of psychedelics based medicines. It is a bold move from the company and creates another avenue through which it can sell its products. The platform in question is also going to have a toolset that will further enhance the service provided by the delivery system.

The company believes that the combination of digital solutions with psychedelics based medicines can prove to be a major boon for healthcare professionals. J.R. Rahn, the co-Chief Executive Officer of the company stated that it is the ‘next frontier’ in the psychedelics-based medicines space.

Earlier this month, the company received another boost. Mind Medicine announced that it received approval from the healthcare regulators in Switzerland and the Netherlands with regards to one of its clinical trials.

The approval pertains to the Phase 2A clinical trial to check if ADHD among adults can be treated with microdoses of LSD. It is a step in the right direction for Mind Medicine and the developments are almost certain to be watched closely by investors.