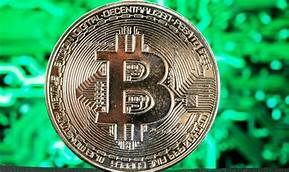 The current rally in the cryptocurrency space has come as a major boost for companies that are involved in the Blockchain industry and one of those is HIVE Blockchain Technologies Ltd (OTCMKTS:HVBTF).

Over the course of the past month alone, the HIVE stock has rallied by as much as 350% and in this sort of a situation, it could be worthwhile for investors to perhaps take a closer look at the company.

Since May this year, HIVE Blockchain Technologies Ltd (OTCMKTS:HVBTF) has mirrored the rise in the price of Bitcoin, the world’s biggest cryptocurrency by market cap. That being said, it should be noted that the company is primarily involved in Ethereum mining.

In order to get a better idea about HIVE, it is perhaps necessary to take a look at its financial performance. In the latest quarter, HIVE managed to generate revenues of $12.99 million from mining operations and that represents a year on year rise of as much as 8%. In addition to that, the company also generated profits of $9.2 million under GAAP (generally accepted accounting principles).

It is a significant improvement from the $11.5 million worth of losses that HIVE suffered in the year-ago period. On the other hand, the gross margin mining for the period stood at 71% and adjusted EBITDA earnings came in at $10.6 million.

However, one of the more interesting developments in recent times has been the fact that the stock price has mirrored the trajectory of Bitcoin far more closely than that of Ethereum. This is an important thing to keep in mind for investors who might be investing in the short term.

It could be worthwhile to study the short term movements of the Bitcoin price in addition to that of Ethereum. The company mined 32800 Ethereum tokens, 88300 tokens of Ethereum classic, and 89 units of Bitcoin. Bitcoin has rallied strongly yet again and in this sort of situation, investors could do well to keep an eye on the HIVE stock.

Disclaimer: We hold no shares in HIBTF.