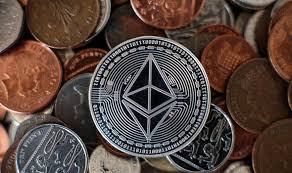 The massive rally in the cryptocurrency space has been one of the biggest stories of the year in investment circles.

While Bitcoin, the world’s biggest cryptocurrency by market cap, has managed to make enormous gains, other large-cap cryptocurrencies have also made gains. This brings us to the subject of Grayscale Ethereum Trust (ETH) (OTCMKTS:ETHE).

While Bitcoin has hogged all the headlines, Ethereum has also managed to generate significant gains this year so far. At the beginning of the year, Ethereum was trading at only $132 per token, however, since then, it has made major gains and currently, it is trading at $610 per coin.

The trajectory of the rally has been quite strong in recent months and hence, it could be worthwhile for potential investors to keep an eye on Ethereum as well. That being said, it is also necessary to mention that at the beginning of 2020 Ethereum enjoyed a pretty strong rally.

At the time, the cryptocurrency went from $132 a token to as much as $281 a token and it seemed that the $300 mark was on the horizon. However, that did not happen and Ethereum had to endure a sharp correction. The current price level of the stock is a far cry from the struggle that the cryptocurrency endured for many months.

Back on May 1, Ethereum had hit resistance at $200 and for almost the entire month, it had failed to cross it. However, eventually, it bypassed the resistance and hit the next resistance at $250. This second resistance proved to be a bigger struggle and up until the middle of July, Ethereum struggled with it.

However, it was in July that the resistance was broken and the cryptocurrency rallied strongly to hit its next resistance of $400 towards the end of August.

The strong $400 resistance held strong for months but in the early days of November it was broken and since then, Ethereum has not looked back.

Disclaimer: We do not hold any position in ETHE stock