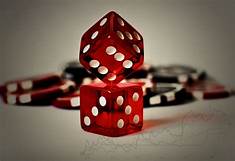 Over the course of the past month, many companies have seen their stocks make substantial gains but the gains made by the Tesoro Enterprises, Inc. (OTCMKTS:TSNP) stock has been particularly eye-catching.

During this period, the Tesoro Enterprises, Inc. (OTCMKTS:TSNP) has rallied by as much as 1000% and in such a situation, it could be worthwhile for investors to start taking a closer look at the recent developments surrounding the company.

Tesoro Enterprises, Inc. (OTCMKTS:TSNP) is soon going to be known as HUMBL Inc after it merged with the latter recently. That has proven to be one of the major triggers behind the latest rally in the stock.

Earlier this week, the company announced the launch of a new product named HUMBL Studios. The product in question is aimed at small business owners and is expected to connect them to those who buy products online. To that end, the company is also going to establish customized shops in HUMBL Marketplace.

HUMBL is a company that was established with the aim of connecting buyers and sellers in the e-commerce space. In those parts of the world where cash is used more extensively, the company is going to launch a HUMBL mobile app. This is a key development for HUMBL and one that could have a far-reaching impact.

However, that is not all. There is another important initiative from HUMBL that might have caught the attention of investors. On December 14, the company launched the HUMBL Holiday Deals campaign aimed at merchants. It is a major development keeping in mind the shopping frenzy that is witnessed at this time of the year.

The campaign is going to help HUMBL Pay customers across the world to come across the best possible deals in a seamless fashion. The items that are going to be a part of the campaign include fitness, beauty, electronics, and health among others.

Considering the range of developments, it could be a good idea for investors to keep an eye on the Tesoro stock.

Disclaimer: We have no TSNP stock.