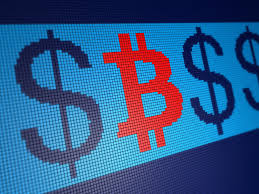 One of the bigger stories of the year so far has been the massive gains made by Bitcoin. This week BTC hit its highest level in history.

Last week, the world’s biggest cryptocurrency stormed past $23,000 a token. This has also resulted in a significant rally in the stock of Grayscale Bitcoin Trust (Btc) (OTCMKTS: BTC), which has rallied by as much as 50% in the past two weeks alone.

Since Bitcoin is the main asset of GBTC, its stock price is directly related to the price of cryptocurrency and the current rally does not come as a total surprise.

GBTC offers investors an option to stay invested in Bitcoin, which really took off around three years ago when it hit $20,000 a token. On top of that, there has been a lot of speculation about the eventual price of a Bitcoin token.

The number of Bitcoin tokens remains finite at 21 million and up until this point, 18.6 million of those have been mined. It has been suggested by some that the eventual price of a token could hit as much as $400000. Hence, it has triggered a bit of FOMO or ‘fear of missing out’ among many investors.

While speculation can be a potent reason for such spikes, the entry of institutional investors into Bitcoin is regarded as one of the biggest reasons behind the surge. At the end of the day, GBTC shares are one of the more convenient and conventional ways of having exposure to Bitcoin. Hence, if the market remains bullish on Bitcoin then the GBTC stock is likely to rise.

Disclaimer: We hold no position in GBTC stock.