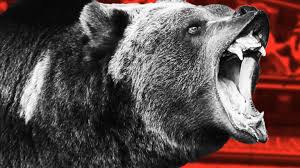 The coronavirus pandemic has brought about a lot of distress in the travel sector, and companies like Rolls Royce, which supplies engines to airline manufacturers have felt the heat.

Rolls-Royce Holding PLC ADR (OTCMKTS:RYCEY) stock has declined by as much as 25% in December so far, and since the end of February, it has recorded declines of as much as 80%.

However, Rolls-Royce Holding PLC ADR (OTCMKTS:RYCEY) has a range of other businesses other than its airplane business, and earlier this month, there was an important development.

The British company announced on December 7 that it reached an agreement to sell its nuclear instrumentation and control unit to French company Framathone.

The company did not reveal the financial details of the transaction, however, it should be noted that the business contributed as much as 94 million Euros to Rolls Royce’s power systems arm. The company also announced that its small modular reactor or the civil nuclear businesses are still part of its operations.

The Chief Executive Officer of the company Warren East spoke about the developments. He said that the transaction is going to help Rolls Royce in further simplifying its business operations. On top of that, East also stated it is also going to help Rolls Royce in hitting its target of generating as much as 2 billion British pounds from its disposals.

In this regard, it is also important to keep in mind that over the course of the past two months Rolls Royce has managed to raise as much as 4 billion British pounds through the issuance of bonds and a rights issue.

The capital raise was aimed at helping the company in creating a war chest so that it could tide over the current crisis in the industry at large.

The company announced that the sale of its nuclear instrumentation and control unit is expected to be completed at some point after June next year.

Disclaimer: We hold no shares in RYCEY stock.