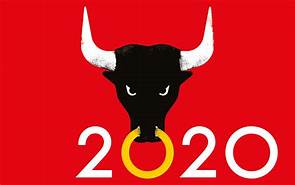 There have hardly been many bigger stories in the year than the roaring comeback made by Bitcoin. That has come as a massive boost for Grayscale Bitcoin Trust (Btc) (OTCMKTS:GBTC) and its stock has pretty much matched the trajectory of the rally in Bitcoin.

The world’s biggest cryptocurrency by market cap stormed past its historic high of $20000 a token and this week hit a new high of around $28,500 a token.

Since October, Grayscale Bitcoin Trust (Btc) (OTCMKTS:GBTC) has rallied strongly and gone up threefold. The underlying asset in the fund is Bitcoin and hence, it is no surprise that investors looking to get exposure to the cryptocurrency are piling on to it.

One of the things that need to be remembered in this regard is that the GBTC gives the easiest way in which one can stay invested in Bitcoin. Grayscale Bitcoin Trust was the first investment entity that was rooted in Bitcoin. On top of that, it has also been awarded the status of a company that reports to the Securities and Exchange Commission.

Now that Bitcoin is continuing to surge, it is likely that it is going to come as a boost for GBTC stock as well.

As the craze around Bitcoin rises, there is expected to be more demand for the GBTC stock. At the end of the day, it remains the easiest way in which one can invest in the cryptocurrency.

Disclaimer: We hold no position in GBTC stock.