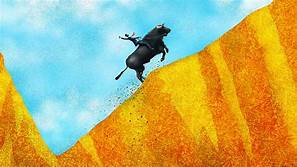 The cannabis sector has had its ups and downs over the last year, but there are certain stocks that are almost always in focus among investors.

While Aurora Cannabis (TSX:ACB) (NYSE:ACB) may be a stock that is popular, there is a school of thought that fellow Canadian company Curaleaf Holdings (CSE:CURA) (OTCQX:CURLF) could well prove to be a better bet. It is easy to see why.

The Aurora Cannabis stock has nosedived by as much as 60% over the course of the past year. However, in the same period, Curaleaf Holdings (CSE:CURA) (OTCQX:CURLF) has gained 103%. Hence, it could be a good idea to perhaps take a closer look at the company.

The company managed to grow its revenues three times in all its quarters last year and on top of that, it has established a presence in as many as 23 states in the United States. Moreover, the coronavirus pandemic had come as a hammer blow for many cannabis companies but Curaleaf actually expanded and grew during the same trying period.

In its most recent quarterly financial results for the period ending September 30, 2020, Curaleaf generated as much as $182.4 million in revenues. It represents a year on year growth of as much as 195%.

Aurora Cannabis saw its revenues shrink by 8% year on year to only C$67.8 million and at this point, turning profitable seems to be a distant possibility.

Curaleaf commands a market cap of $8.4 billion and on top of that, it reported a cash pile of $84.6 million at the end of the last reported quarter. It indicates that the company has the financial strength to withstand challenges.

Disclaimer: We hold no position in CURLF stock.