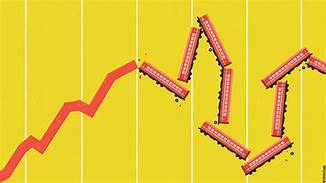 There were many stocks that have experienced a rally this week, and one of the more notable ones was Transportation and Logistics Systems Inc (OTCMKTS:TLSS).

The stock started this week strong and was in sharp focus among investors. TLSS soared by as much as 44% on Monday and now stands at $0.0375.

In such a situation, it could be a good idea on the part of investors to perhaps consider taking a look at TLSS a bit more closely. The reason behind the rally in the stock could be traced back to an announcement from the company back on December 28 last year.

On December 28, Transportation and Logistics Systems Inc (OTCMKTS:TLSS) announced that it had reached a stock purchase agreement.

The company, which is involved in the e-commerce fulfillment space, both issued and sold units made up of Series E Convertible Preferred Stock and a singular warrant.

As per the terms of the agreement, the company can sell as many as 40,266 units but at a discount of 15%. The offering had its initial closing on December 28 and TLSS managed to raise as much as $470,000. The raising of fresh capital is a significant development for the company and it is not a surprise that investors seem to have welcomed the move from TLSS.

TLSS stated that it is going to use the fresh capital towards the deployment of working capital. The rally in the TLSS stock on Monday was quite remarkable and it remains to be seen if the stock can maintain the same momentum through the rest of the week. It could be a good idea on the part of investors to perhaps keep an eye on the stock in the coming days.

In November, the company had announced its financial results for the quarter ended September 30, 2020. Revenues dropped by as much as 18.68% year on year to $1,499,000. The drop in revenues was primarily due to the drop in the Amazon DSP business.

Disclaimer: We hold no shares in TLSS stock.