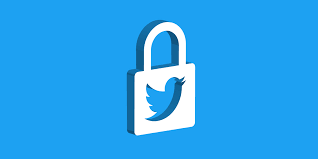 Speculation and confusion can often lead to strange occurrences on the stock markets and that is what happened with the Signal Advance Inc (OTCMKTS:SIGL) stock the last week.

It is a little-known component manufacturer and its stock is traded over the country, however, on Monday the stock soared by as much as 438% on the back of confusion.

However, it had a totally different effect on investors as they piled onto the Signal Advance stock, and eventually, the stock rallied by as much as 438% last Monday.

Musk sent out the tweet back on January 7 and a day before that, Signal Advance Inc (OTCMKTS:SIGL) was trading at only $0.60 a share. However, all the changed on Monday as the stock soared and hit $70.38 a share.

The stock had gone public back in 2014 and on Monday, it recorded the highest trading volume ever. To put it into perspective, no Signal Advance stock was traded at all back on January 4. However, on Monday, the trading volume went up to a staggering 2 million shares.

In a remarkable chain of circumstances, the company which had in fact zero revenues for two consecutive years in 2015 and then again in 2016, ended up having a market capitalization of $3 billion on Monday. It was clearly a case of miscommunication and it is something that has happened in the stock markets in the past.

For instance, back in 2019, the Zoom Technologies (ZOOM) stock soared significantly after investors thought that they were investing in the video communications company Zoom Video Communications (ZM).

Disclosure: We hold no position in SIGL stock.