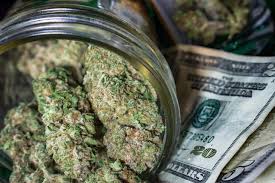 It is a well-known fact that the cannabis sector has had its fair share of troubles over the past year or so and stocks of many companies have suffered as a consequence.

However, the Cresco Labs Inc (OTCMKTS:CRLBF) stock seems to have emerged as a notable exception over the course of the past four months.

During that period, Cresco Labs Inc (OTCMKTS:CRLBF) rallied by as much as 250% and in light of such considerable gains, it is perhaps important for investors to take a look at the company again.

As it happens, Cresco Labs made a significant announcement earlier this week on Monday that could prove to be a further positive for its stock.

The latest announcement is related to the newly legalized recreational marijuana market in the state of Arizona. Cresco Labs seems to be making a big move into the market already.

On Monday, the company announced that the Department of Health of the state awarded it the coveted approval to sell its recreational marijuana at its dispensary located in Phoenix.

The citizens of as many as five states in the United States voted for different types of marijuana legalization measures on Election Day in 2020. It came to be known as the ‘Green Wave’ and Arizona was part of it.

However, that is not all. The Sunnyside dispensary has an adjacent cultivation and processing facility, which is also owned by Cresco Labs

The company is regarded as one of the major players among multi-state marijuana operators. However, its Sunnyside stores do not have as big a footprint as the company would like.

For instance, it does not have Sunnyside stores in any of the other four ‘Green Wave’ stores. Hence, Cresco Labs is only going to derive benefits from Arizona at this point.

Disclaimer: We hold no shares in Cresco Labs Inc (OTCMKTS:CRLBF)