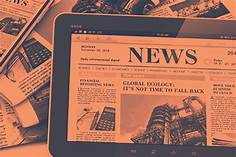 The remarkable rally enjoyed by several crypto assets over the course of the past months has also resulted in an increased demand for crypto trading solutions.

Companies that provide such services have now come into sharp focus among investors and one of the companies that could be tracked by investors at this point is Voyager Digital Ltd (OTCMKTS:VYGVF).

The company has a license to operate as a crypto-asset broker and on top of that, it also provides its clients with solutions for trading crypto assets.

Over the past two weeks, Voyager Digital Ltd (OTCMKTS:VYGVF) has also made significant gains and gone up as much as 160% as investors piled on to it in a big way.

One of the major triggers for the rally in the Voyager stock came about on Monday after the company announced that in the three day period that ended on January 31 this year, the Voyager Digital App had been downloaded 250000 times. That is a staggering figure and also resulted in the app hitting the number 18 rank in the App Store ranking for the United States last Friday.

Hence, it is clear to see why potential investors might be excited by the company’s recent announcement. However, that was not the only key update provided by Voyager.

The Chief Executive Officer and Co-founder of the company Steve Ehrlich spoke about the developments as well. He stated that the company is excited by the ‘rapid influx’ of customers in a short period of time. He went on to add that Voyager is working on continuously improving the product in order to give new customers a great experience.

Disclaimer: We hold no shares in VYGVF