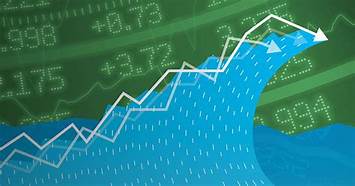 Investors who are looking for fresh opportunities in rising stocks may have a lot to choose from at this point but it might be a good move to take a look at the Ozop Energy Solutions Inc (OTCMKTS:OZSC) stock.

The company has pivoted to the renewable energy space recently and some other developments on top of that have brought about a strong rally in the stock.

On Tuesday, Ozop Energy Solutions Inc (OTCMKTS:OZSC) is on the move once again and rallied by as much as 20% early. The latest rally took its gains for the year so far to as much as 1900%.

Last week, the company made a major announcement that had could have led to the gains as well. Ozop announced last week the Ozop Energy Systems, its wholly-owned subsidiary, signed an agreement with the biggest dealership in the New York metropolitan area Bical Auto Loan.

The agreement in question is with regards to the buying and selling of electric vehicle chargers.

The electric vehicle industry is growing at a fast clip at this point and hence, it was no surprise that the announcement of this deal has created considerable excitement among investors. It has been revealed that a vendor agreement has been executed and the first order is for four electric vehicles chargers priced at $80000 each.

Green is a veteran of the software industry and has started off as a programmer back in 1977 with a big-ticket company. Later on, he started working in the high-end restoration as well as development construction space. He brings with him decades of experience and it could well prove to be an inspired move from Ozop.

Disclaimer: We hold no shares in OZSC stock.