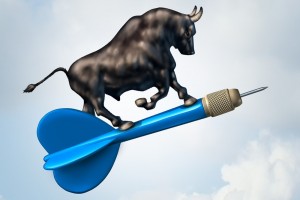 The artificial intelligence space has grown at a highly impressive rate over the past few years and nowadays, investors are increasingly looking for investment opportunities in the sector.

One of the companies that could be considered by investors at this point is Artificial Intelligence Technology Solutions (OTCMKTS:AITX).

The company’s stock has also performed impressively so far this year and delivered gains of as much as 700%.

On Tuesday, Artificial Intelligence Technology Solutions (OTCMKTS:AITX) surged by as much as 33% and it could be related to the work that the company is doing through its subsidiary Robotic Assistance Design (RAD).

Towards the end of last month, Artificial Intelligence had also made an announcement with regards to RAD’s business performance.

As per the announcement from Artificial Intelligence, RAD started off in 2021 with strong sales activities. However, that is not all. It was also announced that there has also been considerable demand for RAD products. Considering such an announcement, it might be important to check out some of RAD’s activities in recent times.

However, at the time, it was reported in a press release that the company could be placing more orders by the first week of this month. It is a significant development for Artificial Intelligence since such order can lead to more business within the ever-growing construction industry.

On the other hand, it was also announced that a deal from Southern California had placed orders for AVAs with RAD. The order in question was meant for providing assistance to an end-user in the logistics industry.

These are just two of the more recent announcement from RAD but there have been a few more and Artificial Intelligence Technology Solutions’ claims about rising demand seem correct.

Disclaimer: We hold no shares of AITX stock