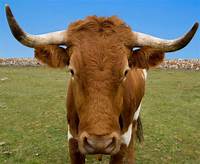 There are some stocks that have managed to clock massive over the course of the past month or so and one of the most notable gainers has been the Asia Broadband Inc (OTCMKTS:AABB) stock.

During the course of the past month, the stock has gained as much as 1100% and in light of such massive gains, it could be a good idea for investors to take a look at the company.

One of the major triggers behind the rally in the Asia Broadband Inc (OTCMKTS:AABB)stock came about 2 weeks ago when the company approved a stock dividend for its shareholders. More often than not, such approvals lead to a boost to the stock price.

The company announced that the dividends is going to be paid out on the principle of 1 dividend share for 50 shares in Asia Broadband that are owned by a shareholder as of April 5 this year. It is a significant announcement and the excitement among investors is understandable.

In its press release, the company announced that it approved the dividend in order to rewards the patience of the shareholders who have continued to support Asia Broadband through the years. In recent times, there has been a lot of interest in the company among investors due to the imminent release of the AABB Gold crypto token.

In light of the imminent release, the company has also increased the frequency of communication with shareholders and potential investors could consider keeping their eyes open with regards to any announcements from the company.

Recently, the AABB stock experienced another strong rally after it emerged that its token and wallet are both in the final stages of testing. The company had also announced at the time that there has beenrobust interest’ in the AABG Gold crypto token from members of the public.

The flurry of key announcements from the company has sustained the rally over the past month.

Disclaimer: We hold no shares of AABB stock.