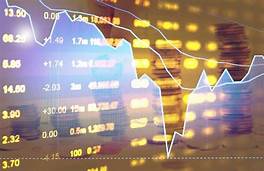 The meteoric rise in cryptocurrencies over the past few months has resulted in a lot of interest in stocks in companies which work in that sectors. Consequently, many companies have in fact started their own cryptocurrency division to cash in on the new trends.

The latest do so is iMD Companies Inc (OTCMKTS:ICBU), which made the announcement with regards to a new blockchain division earlier on this week.

The announcement was welcomed with great optimism by market participants and iMD Companies Inc (OTCMKTS:ICBU) soared by as much as 150% last week. In such a situation, it is necessary for investors to take a closer look at the latest announcement from iMD Companies.

The company announced that it has created a new division that is not only going to be involved in blockchain development, but will also have its own server farms and work on application design as well.

To this end, it is also necessary to keep in mind that the company has already spent money on setting up its server farms in Sacramento and the Bay Area in San Francisco. In its press release, the company pointed that it had pondered for a considerable period of time about the next move that could bring about growth.

At the end of those deliberations the management at iMD Companies decided to go big on its new cryptocurrency arm. The excitement following the announcement is understandable and it remains to be seen if the stock can continue to add to its gains over the coming days.

It is especially going to be interesting to track the iMD Companies stock because the company also announced that there are going to be ‘many more announcements’ in the coming days. Those announcements could also have an effect on the stock price and it could be worthwhile for investors to keep an eye out for those.

Disclaimer: We hold no position in ICBU stock.