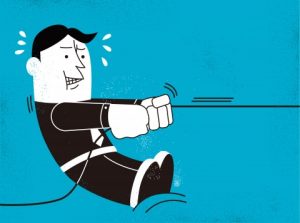 If there is one stock that has captured the imagination of many investors over the past months, then it’s that of HUMBL Inc (OTCMKTS:TSNPD). The stock made considerable gains ever since it announced its merger with Tesoro Enterprises last year and went on a strong rally.

However, things eventually cooled down in recent weeks and HUMBL Inc (OTCMKTS:TSNPD) experienced considerable volatility. That being said, HUMBL stock has managed to make a strong comeback over the course of the past week and recorded gains of as much as 50% during the period.

There have been some recent developments as well that could have triggered the latest rally in the stock.

Last week, HUMBL announced that it signed a Securities Purchase Agreement with Chile based multi-family office Aurea Ventures Group. As per the terms of the agreement, Aurea is going to acquire common stock in HUMBL worth as much as $750,000.

However, that is not all. In addition to that, HUMBL will also be provided with the country rights in Chile as part of the transaction. Aurea group is also going to acquire as many as 437,500 shares of the company’s common stock through a subsidiary for $1,000,000. HUMBL is going to get the payment for these transactions on March 30.

HUMBL announced that it signed a binding term sheet by way of which it is going to complete the acquisition of ticketing and live events SaaS platform operator Tickeri. The transaction is worth $20,000,000 and is going to be made up of both stock and debt. It is a significant acquisition for HUMBL.

Disclaimer: We hold no shares of HUMBL stock.