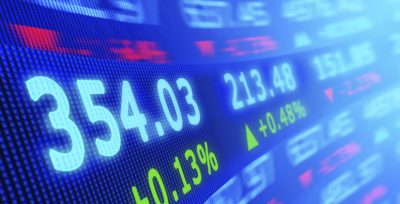 The cannabis sector may have had a hard time not too long ago but over the course of the past months, the sector has managed to make a comeback of sorts.

Now that there is more hope than ever of marijuana becoming a more acceptable product, it might be a good idea for investors to start looking into Tilray Inc (NASDAQ:TLRY).

APHA is one of the major players in the growing cannabis industry and on top of that, it is going to get even bigger now that the merger with Tilray is completed.

On the other hand, investors are also hoping the Biden Administration is going to be far more supportive of the cannabis industry.

While the optimism may not be misplaced, it is also necessary to keep in mind that these things may take time and hence, investors would need to be patient when it comes to stocks like Aphria. Marijuana legalization remains a long shot at this point in time.

However, there have been incremental gains like the legalization of marijuana in the state of New Jersey for instance. Canada has already legalized it and things are moving in the right direction in Mexico.

The Aphria-Tilray merger is something that could also open up some value for investors and has not fully been digested by Wall st yet.

Shareholders in Aphria are going to get 0.8381 Tilray shares for each share they hold. In addition to that, it is also necessary to note that the new entity is going to be owned 62% by Aphria. The interesting thing about the new entity is that it will be the biggest cannabis company in the industry and that has numerous advantages.

Disclaimer: We hold no shares of TLRY stock.